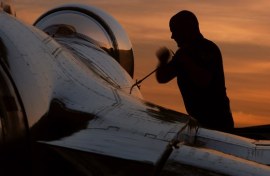 Then, on May 24, 2007, “a United States House of Representatives resolution supporting the goals and ideals of a National Aviation Maintenance Technician Day was introduced. Congressman Bob Filner of California was the sponsor of the resolution” states a wikipedia post.

As a retired US Air Force aircraft maintenance officer, I’ve had the honor to witness the incredible effort and results of aviation maintainers.  In fact, while serving as the Ogden Air Logistics Complex Commander in Utah a few years ago, I spoke at an Air Force Maintenance Professional of the Year banquet. During my speech, I stated “aviation maintenance has been a cornerstone of military aviation since powered flight was first achieved.  In 1907, the US Government put out its first bid for a ‘heavier than air flying machine’ … and with that, the need for aviation maintenance began. With this first air flying machine, the formal maintenance career was formed when the first non-flying mechanic, Mr Charley Taylor, arrived.  Charley then accompanied the Wright Flyer to Fort Meyer and became the first aviation maintainer.”

“Like Taylor, aviation maintenance technicians around the world work in the background, keeping civilian and military aircraft safe. On May 24th, we recognize their achievements and humble history” states National Day Calendar.

The author, US Air Force Brigadier General (retired) Carl Buhler, is the CEO of Buhler Consulting, LLC which specializes in providing consulting services for aircraft maintenance, munitions, technology, SBIR, production, logistics, and supply.  Carl served on active-duty for almost three decades as a career aircraft maintenance, munitions, and logistics officer.  Carl is a member of the Air Force Association and the Logistics Officer Association. 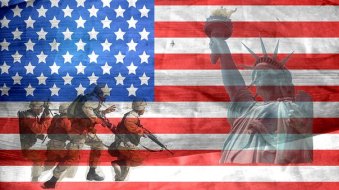 As we finish the third week of National Military Appreciation Month (NMAM), many continue to remember military members, veterans, their families, and their combined sacrifices each and every day.  Additionally, as we look towards Memorial Day on Monday, May 27th, 2019, many will take the time to remember our nation’s veterans and commemorate those who died while in military service.

Years ago, while serving as a wing commander, I was honored to preside during a Memorial Day ceremony at Robins Air Force Base in Georgia. During my speech, I stated “Memorial Day is an annual reminder of the everlasting debt we owe to courageous soldiers, sailors, marines, and airmen who died on battlefields around the world.  We exist in a free society today because of their many sacrifices…from Bunker Hill to Afghanistan to every battle in between, including stateside.”

To me, this everlasting debt is part of the foundation of our nation.

To that end, for those interested in learning how they can show their appreciation to the military by participating in National Military Appreciation Month, Military.com has a list available here.

For background, “National Military Appreciation Month (NMAM) is celebrated every May and is a declaration that encourages U.S. citizens to observe the month in a symbol of unity. NMAM honors the current and former members of the U.S. Armed Forces, including those who have died in the pursuit of freedom.  The month of May is characterized by six national observances which highlight the contributions of those who have served” stated MilitaryBenefits.info.

NMAM traces its history to 1999, when the late-Senator John McCain introduced legislation to designate May as National Military Appreciation Month. Next, the Senate and House adopted “resolutions calling for Americans to recognize and honor U.S. Service Members during NMAM. These proclamations also urge the President to issue a proclamation calling on the people of the United States to observe NMAM” according to MilitaryBenefits.info.

The author, US Air Force Brigadier General (retired) Carl Buhler, is the CEO of Buhler Consulting, LLC which specializes in providing consulting services for aircraft maintenance, munitions, technology, SBIR, production, logistics, and supply.  Carl served on active-duty for almost three decades as a career aircraft maintenance, munitions, and logistics officer.  Carl is a proud supporter of veterans and is a member of the Veterans of Foreign Wars, the American Legion, and the Wounded Warrior Project.

Today is a great day to think about and/or thank a teacher.  Many of us have a favorite teacher from our time in school.  As we think about how teachers shaped our lives, gave us an extra few minutes of their time, listened to our problems, and helped mold us into who we are today, we’re reminded of the special role teachers have in the lives of many.  As parents, teachers continue to play a role in our lives as they influence our children and teach them foundational elements as they start their journey in life.

Many teachers have influenced me during my life…and I’m confident others will say the same thing.  So, to all of my teachers, thank you!

Additionally, National Day Calendar, added teachers “are kind, patient, hard-working, dedicated and understanding professionals that mold our children’s lives in a positive direction.  We entrust our children with the teachers, and they affect their lives on a daily basis.”  A very true statement!

March 29th was the date chosen due to Military Assistance Command Vietnam’s deactivation on March 29, 1973.  According to the the United States of America Vietnam War Commemoration, “[o]ur Commemorative Partners have helped communities publicly and individually thank 2.3 million Vietnam veterans and their families during 15 thousand ceremonies.”  Also, more than “11 thousand local, state and national organizations have partnered with us to assist the nation in honoring 6.4 million living Vietnam veterans and the 9 million families of those who served.”

To see a video tribute by General Robert B. Neller, the 37th Commandant of the United States Marine Corps, please click here.

The author, retired Brigadier General Carl Buhler, US Air Force, is the CEO of Buhler Consulting, LLC which specializes in providing consulting services for aircraft maintenance, technology, SBIR, production, logistics, and supply.  Carl is a career aircraft maintenance, munitions, and logistics officer.  Carl is also a member of the Veterans of Foreign Wars, the American Legion, and the Air Force Association.