According to History.com, the United States invaded Panama “in an attempt to overthrow military dictator Manuel Noriega, who had been indicted in the United States on drug trafficking charges and was accused of suppressing democracy in Panama and endangering U.S. nationals.”

History.com added “U.S. troops joined the 12,000 U.S. military personnel already in Panama and were met with scattered resistance from the PDF. By December 24, the PDF was crushed, and the United States held most of the country. Endara was made president by U.S. forces, and he ordered the PDF dissolved. On January 3, Noriega was arrested by U.S. Drug Enforcement Agency agents. The U.S. invasion of Panama cost the lives of only 23 U.S. soldiers and three U.S. civilians. Some 150 PDF soldiers were killed along with an estimated 500 Panamanian civilians. The Organization of American States and the European Parliament both formally protested the invasion, which they condemned as a flagrant violation of international law.”

Per Signalsaz, the “Armed Forces of the Unites States began operations to topple Panamanian dictator Manuel Noriega and safeguard American lives.”  They added Operation Just Cause “lasted little more than a month, but succeeded in restoring order in Panama, the arrest of Manuel Noriega, and bringing a sense of accomplishment to the American military which had been in the process of rebuilding after many years of neglect.”

Today’s anniversary serves as a reminder of the dedication and sacrifices made by the men and women serving in the US Armed Forces.

The author, US Air Force retired Brigadier General Carl Buhler is the CEO of Buhler Consulting, LLC which provides consulting services for a variety of companies across the logistics, technology, aircraft maintenance, munitions, small business (SBIR), production, and supply areas.  Carl is a career aircraft maintenance, munitions, and logistics officer.  He is a member of the Air Force Association, American Legion, MOAA, and the Veterans of Foreign Wars.

Today is a great day to think about and/or thank a teacher.  Many of us have a favorite teacher from our time in school.  As we think about how teachers shaped our lives, gave us an extra few minutes of their time, listened to our problems, and helped mold us into who we are today, we’re reminded of the special role teachers have in the lives of many.  As parents, teachers continue to play a role in our lives as they influence our children and teach them foundational elements as they start their journey in life.

Many teachers have influenced me during my life…and I’m confident others will say the same thing.  So, to all of my teachers, thank you!

Additionally, National Day Calendar, added teachers “are kind, patient, hard-working, dedicated and understanding professionals that mold our children’s lives in a positive direction.  We entrust our children with the teachers, and they affect their lives on a daily basis.”  A very true statement! 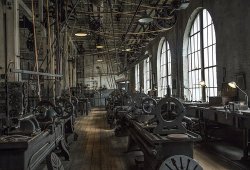 Subsequent to the Congressional Joint Resolution, when Ronald Reagan was President of the United States, he proclaimed February 11, 1983 as National Inventors’ Day via Proclamation 5013.  In the proclamation, President Reagan wrote “Almost two hundred years ago, President George Washington recognized that invention and innovation were fundamental to the welfare and strength of the United States. He successfully urged the First Congress to enact a patent statute as expressly authorized by the U.S. Constitution and wisely advised that “there is nothing which can better deserve your patronage than the promotion of science . . .” In 1790, the first patent statute initiated the transformation of the United States from an importer of technology to a world leader in technological innovation.

Today, just as in George Washington’s day, inventors are the keystone of the technological progress that is so vital to the economic, environmental, and social well-being of this country. Individual ingenuity and perseverance, spurred by the incentives of the patent system, begin the process that results in improved standards of living, increased public and private productivity, creation of new industries, improved public services, and enhanced competitiveness of American products in world markets.

In recognition of the enormous contribution inventors make to the nation and the world, the Congress, pursuant to Senate Joint Resolution 140 (Public Law 97-198), has designated February 11, 1983, the anniversary of the birth of Thomas Alva Edison, one of America’s most famous and prolific inventors, as National Inventors’ Day. Such recognition is especially appropriate at a time when our country is striving to maintain its global position as a leader in innovation and technology. Key to our future success will be the dedication and creativity of inventors.

In Witness Whereof I have hereunto set my hand this 12th day of Jan., in the year of our Lord nineteen hundred and eighty three, and of the Independence of the United States of America the two hundred and seventh.”

To observe National Inventors’ Day, National Day Calendar recommends you “[k]eep tinkering.  Keep seeking a cure, a fix, and improvements to our everyday life.  Take time to recognize an inventor and encourage them to keep creating the next great invention.”  Another way is to use #NationalInventorsDay on social media.  For teachers, there is a lesson available about National Inventor’s Day at the National Day Calendar Classroom.

Across the world and the United States, inventors are making a difference every day.  For inventors and companies looking to explore how their inventions can help the United States Department of Defense, there are many technology and innovation efforts ongoing.  One example is with the United States Air Force and their AFWERX initiative.  AFWERX was designed to solve Air Force challenges by working with industry on innovative technology and solutions. One part of AFWERX is focused on new technologies and small businesses, who can apply for opportunities through the Small Business Innovation Research (SBIR) program. For more information on AFWERX, visit their site.

The author, United States Air Force retired Brigadier General Carl Buhler is the CEO and lead consultant of Buhler Consulting, LLC, a consulting company that specializes in providing consulting services for aircraft maintenance, supply, technology, SBIR, logistics and production. Brigadier General Buhler (ret) is a computer and technology fan, plus is a member of the Air Force Association and National Defense Industrial Association.

For more information on the LOA Symposium for 2019, please check out my post.