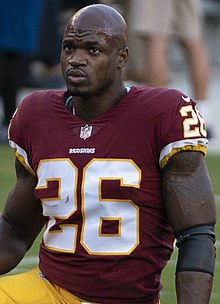 What makes AP’s performance as a Redskins impressive, is the fact he wasn’t signed until the end of August, in the middle of the preseason.  Additionally, and more impressive, is AP’s contract with the Redskins is only a one-year contract, signed at the veteran’s minimum of $1.015 million according to ESPN’s Adam Schefter.  The contract is guaranteed since Adrian Peterson was on the team during week 1 of the season.

That said, AP brings more than just yards to the Redskins, as he is bringing energy and determination to the team. Also, his post-game recovery program and training program are both lauded by other Redskins players.  AP is also a respected team leader and one whose willingness to play through injuries is serving as motivation to other players.

The author, Carl Buhler, is retired from the US Air Force. He is an avid Washington Redskins fan and predicts a bright 2018 season.

The 2018 National Football League (NFL) season is fast approaching, and the Washington Redskins are putting the finishing touches on their roster in hopes of fielding a competitive team during Head Coach Gruden’s fifth season. To posture the team for a bright 2018 season, here are a few of the Redskins’ most recent signings:

– Geron Christian. A 6-foot-5-inch, 298-pound tackle, Christian was the team’s third-round pick in the 2018 NFL Draft and the last of its eight selections to sign a rookie contract. While Christian is expected to serve as a backup this season, the organization has high hopes for him. Christian will have the opportunity to learn from accomplished veterans, such as Trent Williams.

– Garrett Hudson. Adding to the eight college players the Redskins selected in the 2018 NFL Draft, the team signed free agent Garrett Hudson on May 30. The 6-foot-4-inch, 245-pound tight end recorded nine touchdowns on 65 receptions for 1,001 yards in 39 games with the University of Richmond.

– Shawn Lauvao. Washington improved its depth at the left guard position on June 25 as the team announced it had re-signed Shawn Lauvao. A favorite of offensive line coach Bill Callahan, Lauvao will likely start at left guard in 2018, although he may have competition from Ty Nsekhe.

– Adonis Alexander. By means of the supplemental draft, and costing the Redskins a sixth round pick in the 2019 draft, the Redskins recently drafted the 6-foot-3-inch, 193 pound cornerback from Virginia Tech.

The author, Carl Buhler is a Brigadier General in the Air Force. An avid football fan, Carl Buhler names the Washington Redskins as his favorite NFL team. 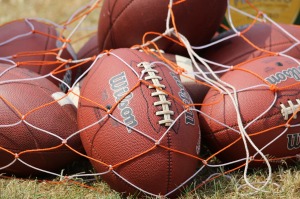 The Washington Redskins entered the 2018 NFL Draft with the 13th overall selection and filled a much needed hole with the pick. What is generally known among Redskins fans is this…the team simply needed help on the defensive side of the ball.

During the 2017 season, the Redskins had the 32nd ranked run defense with opposing teams averaging 134.1 rushing yards per game, leaving Redskins fans and players clamoring for help. In fact, according to an article by John Keim, ESPN staff writer, safety DJ Swearinger stated via a recently deleted tweet, “Soo Like I’ve Been Saying We Had The 32rd Ranked Run Defense Last Year! (Embarrassing) Why Would We Get A Db With That 1st Pick –?!?! He cant Put His Hand In The Dirt! It’s Only Logic To Get Help Where You Hurt Right Or Wrong?!?!?”

To help fill this genuine and critical need, the Redskins selected highly regarded defensive tackle Da’Ron Payne from the University of Alabama with their first round pick. At 6-foot-2 and 308-pounds, the defensive lineman progressed quite well through three seasons with Alabama. He played in only 8 games as a freshman and recorded just 13 tackles, but finished the 2017 season with 53 tackles, 1 sack, and 1 interception in 14 games. With the Redskins piling up on Alabama players the past two drafts, Payne joins several recent Alabama players, including defensive lineman Jonathan Allen, who was selected by the Redskins in the first round of the 2017 NFL Draft, linebacker Ryan Anderson, who was selected by Washington in the second round of the 2017 NFL draft, and linebacker Shaun Dion Hamilton who the Redskins selected in the sixth round of the 2018 NFL draft.

With their second round pick in 2018, the Redskins traded down to acquire a third round pick, while also selecting a potential impact running back, Derrius Guice. Guice accumulated more than 2,500 combined rushing yards over the past two seasons with Louisiana State University and was Washington’s highest-drafted running back since the team picked Ladell Betts at 56th overall in 2002. Other players drafted by the Redskins include offensive tackle Geron Christian, safety Troy Apke, and defensive tackle Tim Settle.

The author, Carl Buhler, has served his country for nearly 30 years in the Air Force. Beyond his professional pursuits, Carl Buhler is a passionate fan of the National Football League’s Washington Redskins. He believes 2018 will be a very bright season for the Redskins.